After competing in the Dirty Deeds Cyclocross Prologue event a month ago how could one not return for round 1 of the 2013 DDCX Series!
It was once again held at Brunswick’s Harrison Street Velodrome and also once again served as a brilliant location for Cyclocross! The event also brought an end to a fantastic week spent with close friends Mark & Jack Gardner.

Having a solid week of training planned and the Red Hill region practically at our doorstep I knew that I would be coming into DDCX fatigued but still excited as ever to race! 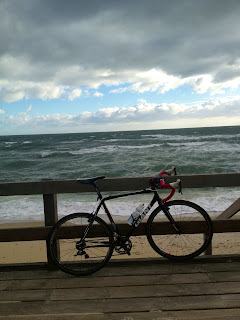 You really couldn’t ask for a better day- rain the night before making the grass as slick as squirt chain lube and that crazy chill factor accompanied by a useless sun... Sounds like a perfect Belgium spring day!


With a respectable race start time I made the most of trying to catch up with people, it was fantastic to catch up with the team at Bike Box and check out some new CX rubber from Schwalbe. Also making a spectator appearance from Giant Cycling world Hampton was Mr Dave Ross (and like the rest of the CXing world we were discussing the new 2014 Giant TCX range, which looks delicious!) 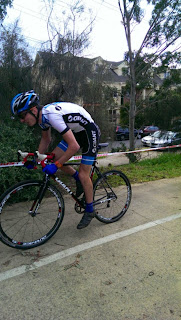 Like most races the starting whistle sounds signalling the start of the race. But it’s not very often that 60+ screaming cyclocrossers are faced with a 180 degree hairpin after only 70m of racing!

As usual the BFG Paul Van Der Ploeg (Giant Bicycles) got off to a stomping start, and as usual was railing it side ways around the first corner! I also managed a solid start and moved up into around 7th place.


Continuing to move forwards I was faced with a rather large gap to bridge to the two leading riders (Paul and AJ) I decided to go for it and with a bit of help from team mate Paul I was eventually able to bridge the gap! 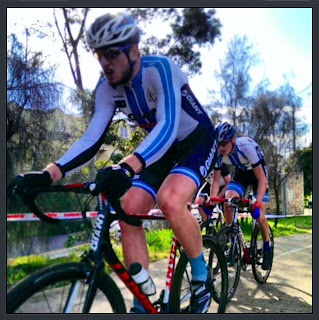 Biting the headstem at times but generally feeling strong we stayed together for a majority of the race until we started lapping riders in groups. 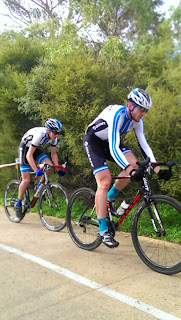 A small gap formed between AJ, Paul and I as we rode through a lapped group and unfortunately AJ realised what had happened and snapped my elastic band! Trying to hold off Warrack Leach from bridging the gap to me seemed too much as I succumbed to some minor mechanical issues on the super steep hill climb. 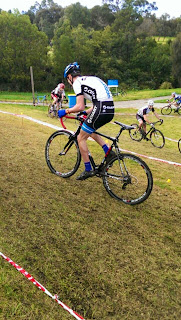 I finished up in 4th place! A result that I am rather pleased with heading into rounds 3 & 4 of the national cx series up in Sydney next weekend!


Paul once again showed his dominance in the growing sport, taking the win in a sprint finish over Adrian Jackson. 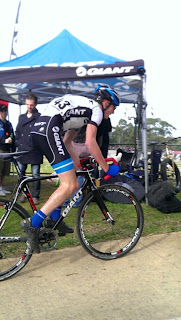 Unfortunately I missed out my first Cyclocross podium… So I guess I will just have to give it another shot next time!!


AND NOW THE THANK YOU’s
A massive Thank you goes to Mark & Jack Gardner for the great friendships we have, it was fantastic spending the week with them.
Giant Bicycles Australia for their truly tremendous support, the team at Bike Box & Schwalbe Australia for the Rubber that works!  And my dad for coming down on the day to cheer me on!