Swapping a bit of Blue for Green, Treaded tyres for slicks and mad skids for racing in group bunches was the theme of my weekend racing at the Sam Miranda Cycling Festival that also incorporated a stage of the 2013 Victorian Road Series.


That’s right! Road Racing! It has only taken about 7 months of owning a Tour De France stage winning bike (Giant TCR Advanced sl) for me to join the road racing peloton after a lengthy amount of time away from it. And I did so with the support of a fantastic team – Essendon Skoda!


After talks with the team’s management and working with my already relatively busy racing calendar we found the opportunity for me to join the team that is made up of emerging riders in the under 23 age category. Made even better was the fact that the team is also supported by Giant Bicycles!


You could say that prior to the weekend’s shenanigans I was a tad nervous. 1) I didn’t know one rider in the team.
2) For the months lead up, I had been specifically training for a one hour Cyclocross race!


I was pleasantly surprised though!! As soon as I met the boys it was almost like I’d ridden with them for years…well maybe not quite, but they did a bloody good job of making me feel welcome and accepted me into the dynamics of the team. 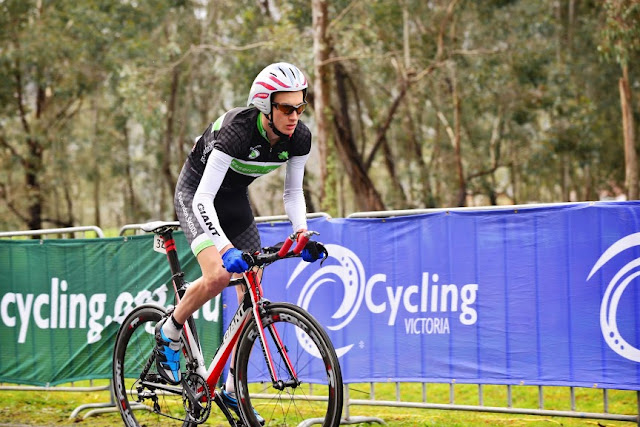 Going into the race I took the mentality of; Start Fast…..Ride Fast…..Finish Fast…… a simple tactic that I believe a certain Australian past Mountain Biker used to win the Tour De France.


Thanks for the advice Cadel… It didn’t work this time! 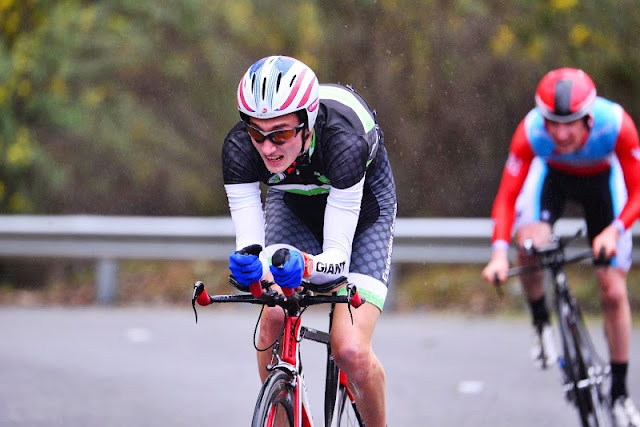 The first 12km was extremely fast averaging 40-45km/hr; the last 4km however was an absolute mind and body killing experience. It wasn’t until you came back down the hill after finishing that you realise how steep the finale really was. Needless to say I was happy to finish 11th in A Grade!


Saturday saw the weekend’s main event. A 103km stage that incorporated a 6km dirt road climb referred to as ‘Strade Nero’. I had a blast! What an awesome course that was put on for approximately 900 riders (Multiple racing grades and Gran Fondo). As soon as the date is released for 2014, you need to pencil it into your diary. Not only was the racing over the weekend top notch the event centre staged at the Sam Miranda Winery was nothing short of something you would expect for a World Pro Tour race. 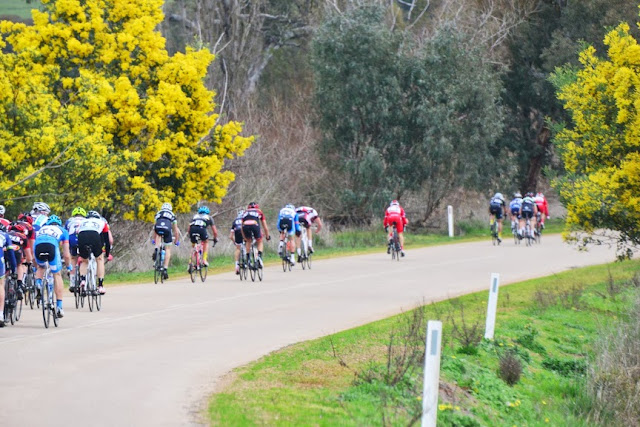 Trying to be as active as I could within the race with my new team mates left me a little tired coming into the race finale but I was happy to finish in the main bunch (32nd) thus achieving my initial goal prior to the race.


I received the 4min bunch for the weekend’s final event; the handicap saw my name placed with a couple of team mates and numerous other highly regarded road cycling athletes. With only 4 min head start on the scratch bunch we knew that our only hope of keeping the fastest men out of contention would be by bridging the 4min gap to the group in front of us and then hopefully the strength of a larger bunch would prove too difficult for scratch to make the junction. 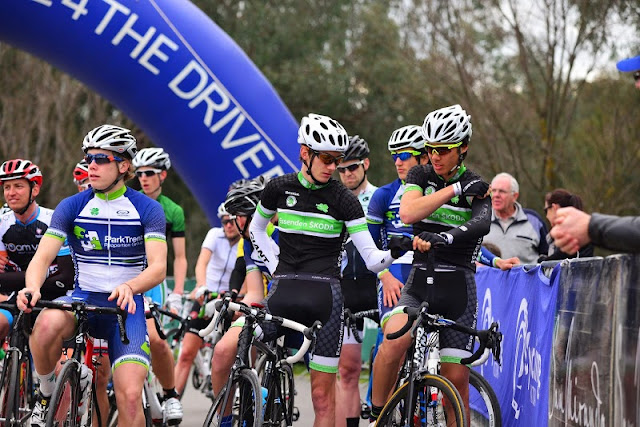 After losing around 2.5 minutes because of our detour and the working cohesion of the bunch, scratch quickly gobbled us up.
PLAN B!! ‘Do some work with the scratch bunch to help the chase and then look after the teams' designated sprinter and help deliver him to the finish line for a top result’. Today this was under 19 rider, Drew Morey. It is always good when plans come together! We might not have caught up to the winners of the bike race but we did get Drew into the best position we could for our bunch and the fastest time sprint. An impressive finish of fourth in the sprint (85nd overall) behind the likes of Will Walker and Shannon Johnson saw us all extremely happy with the day’s outcome. This was only heightened by the news that our team mate Mark Kelly whom was in the 8 min bunched placed a credible 3rd place overall! My result was 93rd about 4.5mins behind the winner.


So that was my weekend spent in the picturesque landscape known as the King Valley! 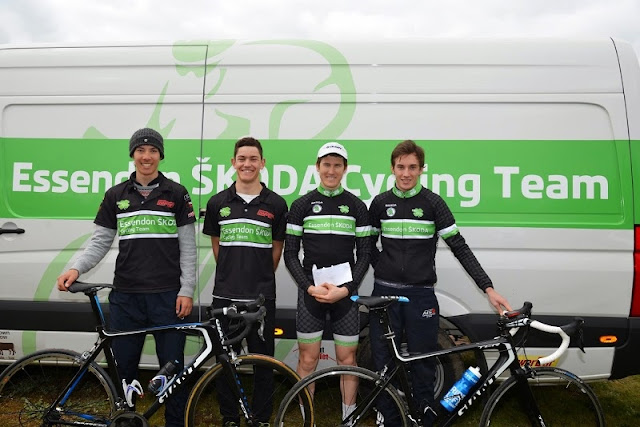 HUGE thanks to the Essendon Skoda Cycling Team Riders, Staff and everyone that has a part to do with this great emerging team.


Giant Bicycles Australia for the opportunity to give road racing a go on a top level race machine.  Gu Energy purely because without Gu Brew and Gu Gels I would probably still be riding or walking up ‘Strade Nero’
Sam Miranda Winery for hosting a magnificent event and supporting Australian cycling.